Playstation 5 Rumors and Everything We Know 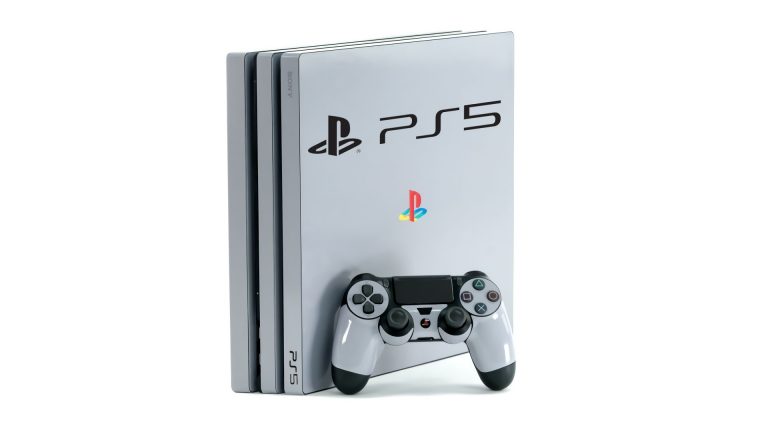 Playstation 4 is at its peak with the greatest upcoming games and exclusives like Last of us part 2, Red Dead Redemption 2 and many other great games coming to the system.

So are these last games lineup for the Playstation 4 ending lifecycle?

Maybe no but We know that the Rockstar releases games after 3 or 4 years so after GTA V in 2013 they are ready to launch Red Dead Redemption 2 in 2018 which indicates that the next game or GTA VI will launch on Next Gen consoles Playstation 5.

If it is not the last great games lineup for the PS4 but it is last Rockstar game on the system as GTA VI will may launch on old systems but will be made for next-gen hardware.

“At this point, what I can say is it’s necessary to have a next-generation hardware.”

He does not name Playstation 5 just said Next-Generation Hardware.

We still hope that Sony should stick to PS5 name as in past we have 2 examples which shows results.

Sony did try to change the name of PSP Successor the PS Vita which resulted confusions for users as many users were hoping PSP 4 or PSP 4000.

Second one is Xbox 360 the name became a brand and the Xbox fans still love the 360 name but Microsoft decided to change the pattern,

Fans were hoping and many rumors were suggesting that time that the console name will be Xbox 720 but Microsoft announced Xbox One.

Xbox one is not making sales enough which the company hoped for but many say it is because Xbox One hardware is weak that is right but the name has to take some responsibility for confusion.

When Playstation 3 was launched it was really powerful console at that time because of it’s cell processor despite cell processor was difficult to develop games.

Playstation 3 had specs like supercomputer that time but Playstation 4 specifications were not great if we compare the time and specs of pc that time.

Many gamers had good PC and not everyone surprised by PS4 Specs, Many made same PS4 specs PC and compared them at launch it showed the PS4 hardware was not enough to give it a 10 years lifecycle as by time technology is improving day by day very fast.

So maybe now Sony knows that they need a really good Hardware for Playstation 5 so it can have good lifecycle.

The Rumors are speculating that Sony could use AMD’s Ryzen CPU and Radeon graphics into a single chip which will be helpful for Developers and Using same architecture will support backwards compatibility.

It looks like that AMD is the best partner for Sony and Microsoft but These all are rumors and PS4 uses AMD tech so this is possible.

Many gamers complaint about Dualshock 4 battery and controller light bar, Sony will improve it but what about redesign.

The current Dualshock 4 has a touchpad which is not utilized by the developers and it is kind of useless.

Sony might be working on a new controller or PS VR controllers but Let’s just hope for a controller with good battery and features which should be used in every or most of the games.

There are rumors that earlier this year PS5 development kits are sent to 3rd party developers, This can be true as it is important to have launch titles for new console.

Reportedly Rocksteady is hiring new 20 or more staff for “next generation platforms”  or The game can be cross gen.

“Well, I’m still waiting for a fully working holodeck from Star Trek, but assuming that is not coming in the immediate future, I will have to pick something a little more grounded,” Blundell reveals.

“Let’s just assume that more CPU, GPU and memory is a given.

“In the Zombies world, it’s all about sound and light. As such, I would love to see the next consoles giving more dedicated processing power, memory and hardware effects to audio.

“They say that audio is half your visuals, and I couldn’t agree more.”

If third-parties are starting work on next-gen projects than definitely first party studios are working on Playstation 5 games.

Sony knows that launching a console before Microsoft gives a head start and more sales.

In 2018 E3 Microsoft teased Next Xbox it tells that Microsoft has accepted that Xbox one will not get ahead of PS4 so it is plaining on Next Xbox.

Maybe Microsoft is plaining to launch Next Xbox (Xbox 720) in 2019 or 2020 if it does than Sony will have to launch its next console (Playstation 5).

So it is more likely that we are gonna see Next generations consoles in 2020 because currently Both companies have their new versions of Consoles PS4 Pro and Xbox One X.

If they release Next gen consoles in 2019 it might damage the brand as console means long-term investments gamers purchase consoles to use it at least 5 years,

But both companies launched improve versions of consoles PS4 Pro and Xbox One X so the owners of these console are not gonna invest in next gen consoles in 2019 as it will be too early.

2020 looks to be the next gen console year as Both companies understand that backwards compatibility is important so it will result all not most of games cross gen just like PS4 Pro or Xbox One X,

So this will enable users to see next-gen consoles as improved version of PS4 as users will not be forced to purchase new console to play latest games.

What will be the Price of Playstation 5?

But it was in 2006 many years before and Now time is changed like before the slim versions of consoles released but now the improved pro and x versions are released and are successful which means now consumers are willing to purchase improved hardware for $499.

Gamers are purchasing improved hardware for $499 so it means now both companies can launch their consoles for $499 or $599 but with focus on long-term purchase for consumers because users will not purchase improved versions after 2 or 3 years for that much amount.

Next gen consoles might be expensive but Playstation 5 will have to target 4K native and 30 or 60 fps for games,

Which will require expensive hardware so this will increase the console price but Gamers need a solid hardware just like PS3 because that time it’s hardware was ahead of that time.

Let us know what you think about next-gen gaming consoles in the comments below….