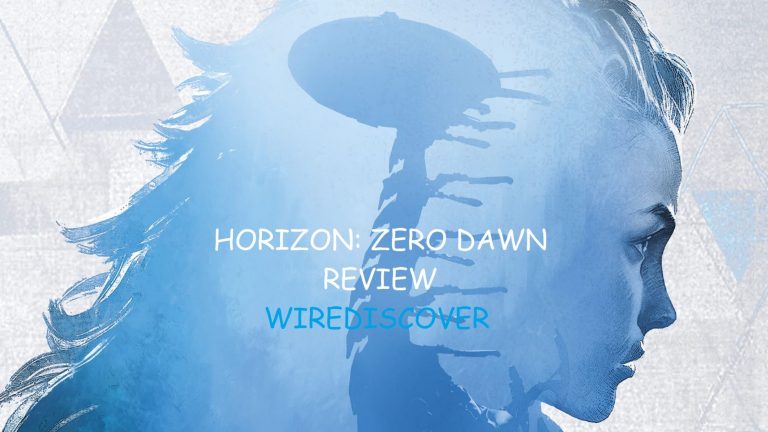 The world of horizon zero dawn is a tense one to travel at first,

They save those who would give up freedom for safety deserve neither and i found that same notion at the heart of horizon design make no mistake humans are no longer dominant species on earth.

Your activities are a constant reminder that you are just as much pray as predators,

There’s nothing quite so humbling as being one shot at while outfitting resources,

It’s part of what gets horizon setting such a tragic punch games of a similar ilk usually love shoving the post-apocalypse in your face.

Horizon on the other hand celebrates the millennia of subtle decay,

This is a conversation so much bigger than just graphics,

This is master class in world building skirting the line between storytelling genres of frequency.

The old world is so far gone at this point that the earth basically shook an etch-a-sketch on humanity reducing us to start from scratch one my favorite works at this game was constantly forgetting,

I was in the distant future one area might feel lifted straight out of the last of us as you explore the ruins of city complete with stop lights, billboards and so on well another feel something like ancient Rome when you make your way into the Sun Kingdom.

This genre-bending is horizon secret sauce in many ways,

It feels like a greatest hits of video games best roast the epic journey city to city feels like something from Skyrim,

Hunting machines from monster hunter and dialogue is straight up mass effects.

Yet Horizon is better than the some of its parts a cherry picks inspiration of the subtle hand,

And i praise gorilla for successfully weaving these into a distinct experience polish transitions between these gameplay types keeps the pacing on the up-and-up no things in small part to some wonderfully dynamic sound design.

While i stand by my praise of Horizon’s world building it was a little slow to start for my taste,

This game shines in the open world but the first hour or so funnels you through a bit of a slog for a game that’s marketing claims to have no tutorials,

It certainly takes its sweet time introducing you to the mechanics in a series of uncompelled events the first few hours definitely feel a bit disjointed,

A more significant grip i had throughout the game with some wonky camera work while manual control works well enough most of time i found myself obscured by random trees and bushes enough for it to be annoying,

I also found it frustrating that entering most settlements the camera to snap to a much closer almost over the should shy,

It makes exploring some of these areas feel a little claustrophobic not the there’s a time to miss in these settlements anyway safer and often single merchant,

And quest givers there’s really not much to do in these towns for the most part though these negatives are just nip tix,

Horizon is a joy to experience and while its mixed bag of influences might be a turn-off for some seeing everything work in concert really is a sight to behold that’s why we’re giving Horizon Zero Dawn a BUY hell it’s a must buy.

Leave a comment bellow and let us know how you are liking Horizon and if you’ve got any questions about the game we’ll try to answer them there as well.