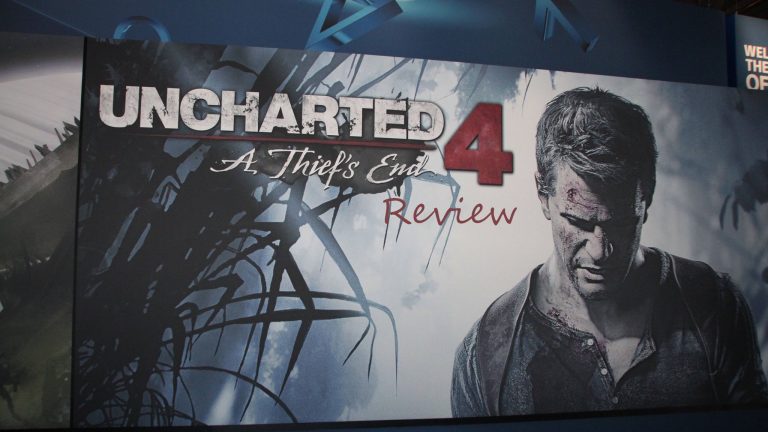 Uncharted 4 is a game which give us experience about loss, betrayal, regret and redemption,

IN both its momentous set pieces and its intimate emotional moments Uncharted 4 drives its narrative forward with a rare understanding of its characters,

it’s world and the gameplay tie them all together, it’s a stunning combination of emotions with amazing story line.

Get a cup of coffee because this is an in-depth review of Uncharted 4: A Thief’s End & i will be discussing everything here
The Jeep Experience in Uncharted 4, A True Adventure

Every moment of this game is breathtaking,

By this point Naughty Dog has traveled us all around the world for the famous treasures.

In the starting of Uncharted 4 we can see that Nathan Drake is living a beautiful life with Elena Fisher (She is a freelance journalist) they have a happy married life, they are living in a New Orleans.

But this all changes when Nathan Drake’s Big Brother Sam yes another family member,

Who we all think is dead for 15 years not only he is alive and well but he also has a lead on one of history’s greatest treasures the lure of the pirate Henry Avery which the brothers have sought since the early days of treasure hunting.

Uncharted is a game which evolves around third person combat, climbing and puzzle-solving but in this 4th chapter we have a touch of Last of us means we have a different experience from the previous Uncharteds this is what makes it the best game of the series and The lure of Uncharted 4 is in its remarkable single-player journey.

Though, ditches grounded storytelling in favor of all-out chaos,

All modes are good fit in their category but i like plunder mode the more because all of the hunters will try for the same treasure like Treasure will be randomly placed in the map will be shown to all but both teams have to rush to grab it and if both teams did not get it in the set amount of time, it will again spawn in a different area of the map.

The multiplayer works well and it features a progression system that can keep you playing past your first few matches, it’s not the primary draw.

That was the modes but what makes it different?

You can use what are called artifacts with supernatural abilities that are taken from throughout the series,

You can also summon ai snipers and medics to aid your team’s efforts, supernatural powers like firepower, healing many more,

The combat, rope, everything of multiplayer feels different from the previous Uncharteds.

Yes Uncharted 4: A Thief’s End is a thrilling adventure
Uncharted 4 set a new graphical bar in the gaming industry and Pushed PlayStation 4 Power.

Uncharted 4 has jaw dropping graphics, locations, animations and you feel that you are there,  it gets you personal moments,

The characters are unique that after the fighting when the cut scene starts,

They joke with each other, they tease each other, This shows that Naughty Dog has worked really hard to match face expressions,

Animations, voices, which is a true next gen feel.

There are exotic locations with spectacular action sequences in a piece in the polls you through with ease,

I had a smile on my face the moment it began but it’s also a story about family,

How we passed down the ones that inspire us in its writing in its design in its understanding of what makes games unique Uncharted 4 is something to aspire to.

It’s a shining example for us, for developers to not only make a game, it’s about making an amazing experience.

Let me know what you think about my Uncharted 4: A Thief’s End Review in comments section.